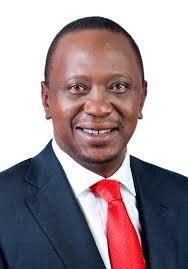 The  Society has  a statutory responsibility to provide services to all young persons  across all sectors in Kenya especially marginalized  and vulnerable children  including orphans, young women and separated minors.

The purpose of the new law is to provide a legal framework within which the Society will function and operate.

Issues discussed between the President and officials of the Society included the protection of all children across the 47 counties where the society will execute its mandate.

As a state agency, the Society will undertake such other mandate  and concerns as child trafficking,  adoption matters including those sought by foreigners and rapid response mechanisms to children in duress.

The  society will also provide rescue centres  and foster care  for separated and street children and address such other children rights issues as child labour.

The  Society will also undertake advocacy issues on matters concerning young persons and children including on HIV and Aids.

The new legal framework will restore the functions, responsibilities, mandate and powers of the previous Society which were left out following the repeal of the Prevention of Cruelty to and Neglect of children Ordinance  and  the Children  and Young Persons Act under which the Society was previously established.

The new Society will operate as a semi-autonomous government agency which will receive budgetary allocation from the National Treasury. The current budget allocation for the society for the year 2013/2014 is Sh 261 million for recurrent expenditure and another Sh 300 million for capital expenditure.

With the heavy state funding, the Society is the only public interest national organization with the competence, structure, geographical coverage  and capacity to provide effective  services to children.

Currently, the Society has assets  and properties worth over Sh 1 billion spread across the country. The Society currently operates Children’s homes in Embu, Nanyuki, Isiolo, Kisii, Nairobi and Bungoma among other counties.